History
Immediately after the Second World War Stewarts & Lloyds began a process of improving the ironstone branches serving the large iron and steel plant at Corby. One outlying ironstone pit at Harringworth was isolated from the main system, and ore from it had to be conveyed over a stretch of the LMSR. To obviate this the company extended their own system of quarry lines to reach Harringworth, and for this long-haul traffic they ordered seven powerful saddle tanks to their own detailed requirements. This required them to be able to haul heavy trains over a long distance at a substantial speed, something which would make them ideal for operation in preservation 20 years later.

The ageing Manning Wardle fleet at Corby were approaching the end of their usable life and with the new system coming on stream, unsuitable. That said, the Manning Wardle’s had some very good design features which Stewarts and Lloyd’s replicated on the 56 class, namely the raised fireboxes.

The new locos became known as Uglies due to their short saddle tanks and larger haystack fireboxes. These give them a somewhat ungainly appearance, but they are a more powerful locomotive than the prominent Austerity class, something which has been witnessed in preservation by 57’s classmate and fellow Spa Valley shedmate, ‘Ugly’.

All three locomotives saw service on passenger trains on the Keighley Worth Valley Railway following considerable work on the bottom ends. During this time 7668 received the name ‘Samson’. 7668 and 7761 were still at the KWVR in 1991 but left during the 1990s.

7668 went on to form part of the 'Shropshire collection' which was a gathering of 100+ industrial engines in a farmers field, advertised for sale in 2001. ‘Samson’ was not initially considered as an option for the SpVR; the members going to view a potential boiler for RS&H ‘North Downs’. They viewed the other engines in the collection and an opportunity to purchase 7668 along with the spare boiler was offered and concluded.

The loco moved to Tunbridge Wells in November 2001 where works commenced on its restoration, with the frames being shot blasted, painted and the wheels removed for overhaul. At this point no one knew of 7668’s Keighley name as it was not visible. Some photos and paint scratching later, the name was uncovered on her tank. From this date forward, the loco was re-christened ‘Samson’.

Unfortunately the restoration ground to a halt when issues were discovered with the frames. Also during its time being stripped down ‘Samson’ lost a number of its fittings and components which need to be procured in due course if a return to service is envisaged.

In late 2007 with the overhaul of the best boiler progressing, ‘Samson’s owner was offered the opportunity to purchase No.62 ‘Ugly’. The purchase was concluded and the loco moved to Tunbridge Wells in January 2008 for overhaul. At this point ‘Samson’s overhaul was paused as the loco was identified as a source of spares for ‘Ugly’. ‘Samson’ was then reassembled and placed in store and this remains the case to this day. 2019 saw the loco look the most complete since 2001 when it arrived, when a boiler was placed in the frames for storage.

‘Samson’ is very much the Cinderella of preservation in comparison to ‘Ugly’ which has been active throughout and based at many railways. 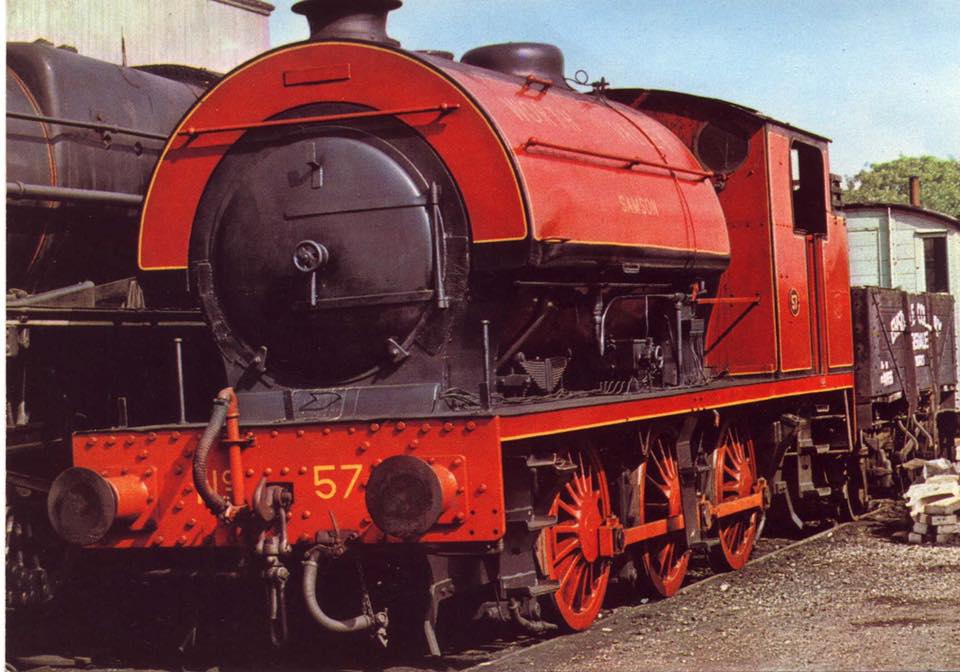