50 'Whitechapel' was built in 1876 as part of the London, Brighton and South Coast Railways A1 fleet which had started being constructed in 1872 and designed by William Stroudley. 50 members of the class were built between 1872 and 1880 and outshopped in 'Improved engine green', the first was a batch of six built in 1872 and a second batch of 44 followed from 1874 to 1880 bringing the class total to 50 locomotives. Designed as passenger locomotives the first six were highly successful at the time due to their ability for high acceleration between the closely spaced station stops combined with the then lightweight trains.

The class began to be displaced by larger locomotives to meet the continual development of services to meet consumer demands, such as heavier trains and reduced timings for services which the terrier could not meet. Locomotives such as the D class had began to take over along with the early stages of the LB&SCR overhead electrification, reduced the operating sphere within the LB&SCR network. Some of the fleet began to be sold off to other railway companies or for industrial use, whilst others where put to use on secondary routes and non revenue earning work such as shunting works. Due to their light weight and ability to haul the stock used on some of these lightly laid lines, where heavier engines couldn't go, they carved a niche for themselves, which prolonged the existence of the class for longer than they should have done.

Between 1911 and 1913 twelve survivors were re-boilered under the instruction of Douglas Earle Marsh, Stroudley's successor as CME of the LB&SCR, with another four so treated after the Great War; these engines formed the A1X class with an increased weight of 28.7 tons. Other changes made during the rebuilding were the extension of the smokebox (removing the smokebox 'wings', and moving the sandboxes from this same area (where they formed a forward extension of the leading driving wheel splasher) to below the running plate (although some locos rebuilt later retained the original sandboxes). The tube which had been used as part of the original condensing arrangement between the smokebox and side-tank was also removed. The engines were repainted during this time in 'Marsh Umber' livery and 50 became 650.

650 was absorbed into the Southern Railway during the 1923 grouping on the 1st of January which led to a repaint into SR lined green and renumbering to B650, the B prefix denoting Brighton Shed. In 1930 B650 was transfered to the Isle of Wight where it was shedded at Ryde St Johns with other members of the A1X class, B650 had another change of identity to W9 'Fishbourne' and ran over the Island lines mainly on the eastern side such as the Bembridge line.

In 1937 W9 returned to the mainland and was renumbered 515S and was based at Lancing carriage works and intermittently travelled to Eastleigh works to receive repair work. After later becoming DS515 at Lancing the locomotive was returned to capital stock in 1953 and renumbered to 32650 and painted in BR lined black and shedded at Fratton to work the Hayling Island branch which is now synonymous with the Terrier class later moving to Eastleigh.

Withdrawn in November 1963 the locomotive was purchased by the London Borough of Sutton and Merton after missing out on the original No.61 'Sutton'. The intention had been to display the locomotive at the new civic centre, but in the mean time the engine was offered a home at the Kent and East Sussex Railway. Repainted into lime green and renumbered No.10 and gaining 'Sutton' nameplates she hauled the opening service on the KESR in 1974, running services till the early 1990's when it was put into store following cylinder block damage.

In 2004 the locomotive was moved to the Spa Valley Railway following on from the successful overhaul of LMS 47493, and restoration commenced not long after arrival. Much work has been done so far including:

Although the restoration is progressing well and it’s hoped ‘Sutton’ could be able to play a part in the Terrier 150 celebrations in 2022, the loco will be finished when it’s finished. Unfortunately the completion date has been affected by the COVID crisis. But when it is complete it will be a fine asset to the railway, basing a Brighton built engine in a Brighton steam shed again.

Fundraising is still open for this project so if you have any spare change, please consider donating to this gallant engine to help it steam for the first time in 25 years. 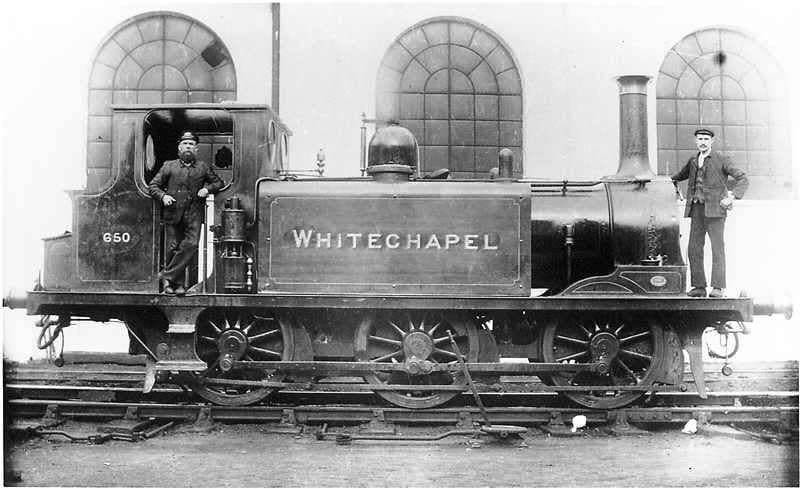