History
This locomotive was built in 1950 by Robert Stephenson & Hawthorn for Stewart & Lloyds steelworks at Corby in Northamptonshire.

Immediately after the Second World War Stewarts & Lloyds began a process of improving the ironstone branches serving the large iron and steel plant at Corby. One outlying ironstone pit at Harringworth was isolated from the main system, and ore from it had to be conveyed over a stretch of the LMSR. To obviate this the company extended their own system of quarry lines to reach Harringworth, and for this long-haul traffic they ordered seven powerful saddle tanks to their own detailed requirements. At the same time the steel works began a process of replacing the ageing fleet of Manning Wardle locomotives which were under-powered for the work required.

This locomotive was one of an initial batch of seven locomotives ordered from Robert Stephenson & Hawthorns, Newcastle (Works Nos. 7667-7673). The locomotives were delivered to Stewart & Lloyds and became S&L 56-62, this one becoming S&L No 62. Two further locomotives (Works Nos 7761 & 8050) were built in 1954 and in 1958 bringing the class total to nine engines.

The locomotives took on some of the successful design features of the Manning Wardles which included the Haystack fireboxes. They became known as Uglies due to their short saddle tanks and these larger fireboxes. These give them a somewhat ungainly appearance, but they are a more powerful locomotive than the Hunslet Austerities

In 1981 No.7673 was sold to a member of the East Lancashire Railway Preservation Society after being on static display at Oxenhope awaiting boiler repairs. The locomotive later saw service on the North Yorkshire Moors Railway in 1982 but was restricted to the shorter service trains due to distances between watering points and lengths of the standard size carriage rakes.

No.7673 then moved onto the Lavender Line at Isfield in Kent in 1983 hauling services over the 1 mile of track where she was christened ‘Ugly’ as a pointer to the nickname the class had received during their working life. Following sale the locomotive then moved on to the Bodmin and Wenford Railway, Cornwall, where in 2000 she double headed with GWR pannier 9862 on a Royal Train for the visit of Queen Elizabeth II and the Duke of Edinburgh. The Queen was heard to comment on the locomotive’s unfortunate name!

Now out of traffic, the locomotive made yet another preservation move to the Vale of Glamorgan Railway (now the Barry Tourist Railway), Barry Island, in the early 2000's, where repairs were found to be more extensive than thought and therefore the loco was placed on display. Whilst there it was used as a film prop in Doctor Who episode 'The Doctor Dances' in 2005.

In 2008 the locomotive was moved from Barry Island to make a return to the South East at the Spa Valley Railway. An overhaul commends utilising the boiler from 'Samson' which was in better condition than Ugly’s own, and after completion of the overhaul the loco it was steamed in October 2010, returning to service in the December. Outshopped in its original Stewart and Lloyd's livery, the locomotives has visited other railways, including a return to some industrial settings at the Foxfield Railway in July 2012, and Tanfield in June 2017, hauling appropriate industrial wagons. During her tour in 2017, the loco also appeared at the Mid Norfolk Railway.

The loco remains in service at the time of writing, it the last year of her boiler ticket which expires on the 14th February 2021. 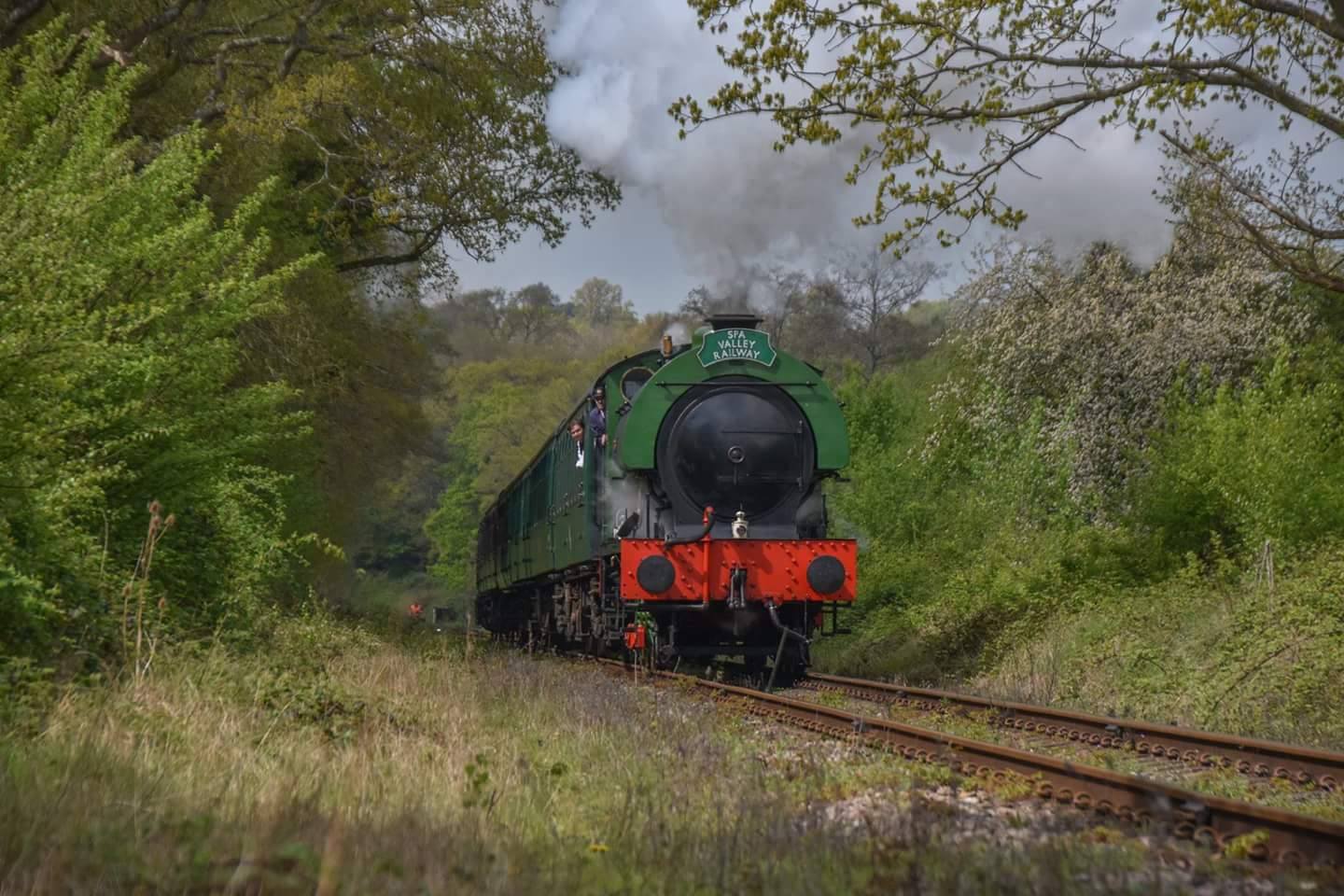